When President Barack Obama was elected in 2008, he seemed like a different kind of leader.

Not just the first African American in the White House but a new sort of American president – thoughtful, reflective and determined to represent all of his country.

But while the 44th president of the United States was busy breaking through multiple glass ceilings, he was doing so with a collaborative leadership style that embraced both building a culture focused on the mission of an organisation (or country, in his case) and what he calls the “shredding of fear”.

One of the things Obama emphasised during his campaign was that whether you were a volunteer, staff member or a donor, you had to be there because you were dedicated to the larger mission – and not out of self-interest.

“If you build a culture where it’s about solving the problem or getting the work done as opposed to who’s getting the credit or ‘How much money am I making’, that builds a transparency that allows for good decision-making, because there’s a clarity about the goals, objectives and values at the heart of the organisation.”

Another area key to Obama’s enviably laid back leadership style was his ability to stay calm in even the most stressful situations – a fact that led to his nickname ‘no drama Obama’.

In fact, the father of two has said it’s one of the most important thing that’s happened to him in the past decade.

“There is no doubt that by the time I was in my second term I was a better president than I was in my first term, and it did not have to do with analysis or policy,” Obama explained. “It had to do with what comes in anything – sports or teaching or you name it – you get enough breaths, enough repetition and familiarity with the nature of the problems that you have that you start being focused on the task and not how are you doing on the task and the self-consciousness that comes from that.” 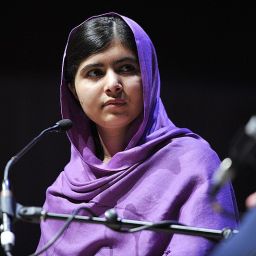